You’ve heard it time and time again, but I am a huge hockey fan (shocker!)

I was fortunate enough to grow up in a household that’s had San Jose Sharks season tickets longer than they’ve had me, so we get a few perks within the franchise from time to time. 27 years of loyalty got us into the Stanley Cup playoff three years ago when it came down to the Sharks and Penguins, and paid off once again recently when SJ was chosen to host the 2019 NHL All Star Game!

This game is a huge checkmark on my bucket list, so not even being in Africa was going to stop me from attending! Jetlag who?? (More on that Africa bit soon) 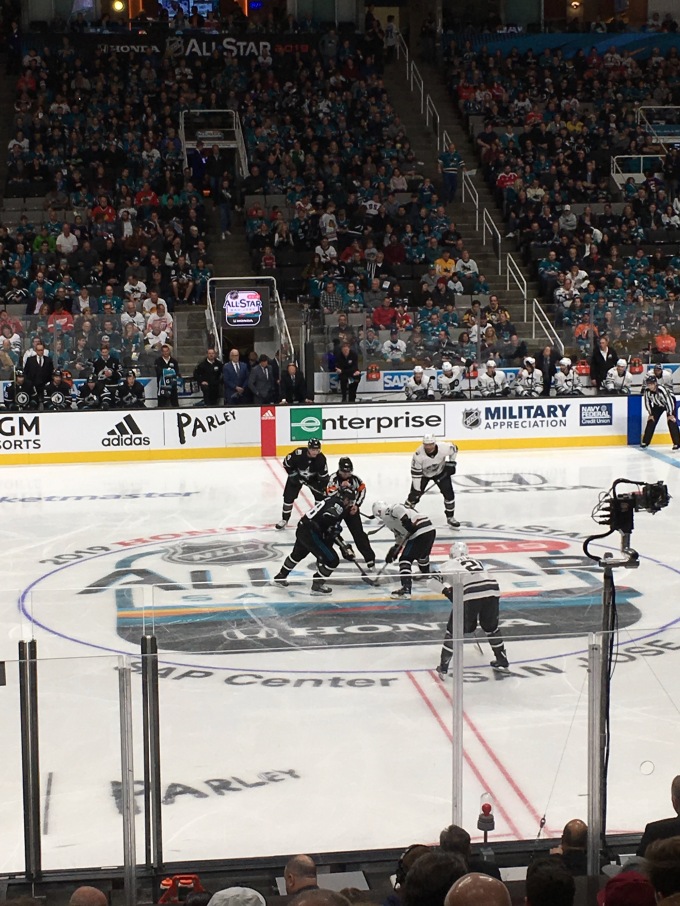 Some key highlights were seeing Auston Matthews’ grand gesture to Sharks fans by wearing a Marleau sweater, witnessing Olympian Kendall Coyne Schofield become the first woman to participate in an All Star Game and watching Lil’ Burns and Lil’ Pavs skate around with their dads.

I could launch into how Crosby took MVP after only participating in half of the event, the cringey National Anthem performance or even acknowledge Gibson’s pathetic attempt to defend the Pacific goal, but what really held my attention throughout the two-day event were the mascots. Please excuse my shaky hand and atrocious fangirl face, it was too fun to pass up.

First up, Chance the Gila Monster from the deserts of Las Vegas! Because if Vegas is anything they are extra, so of course they chose a venomous lizard as their mascot and not the obvious knight. Points for creativity, though! 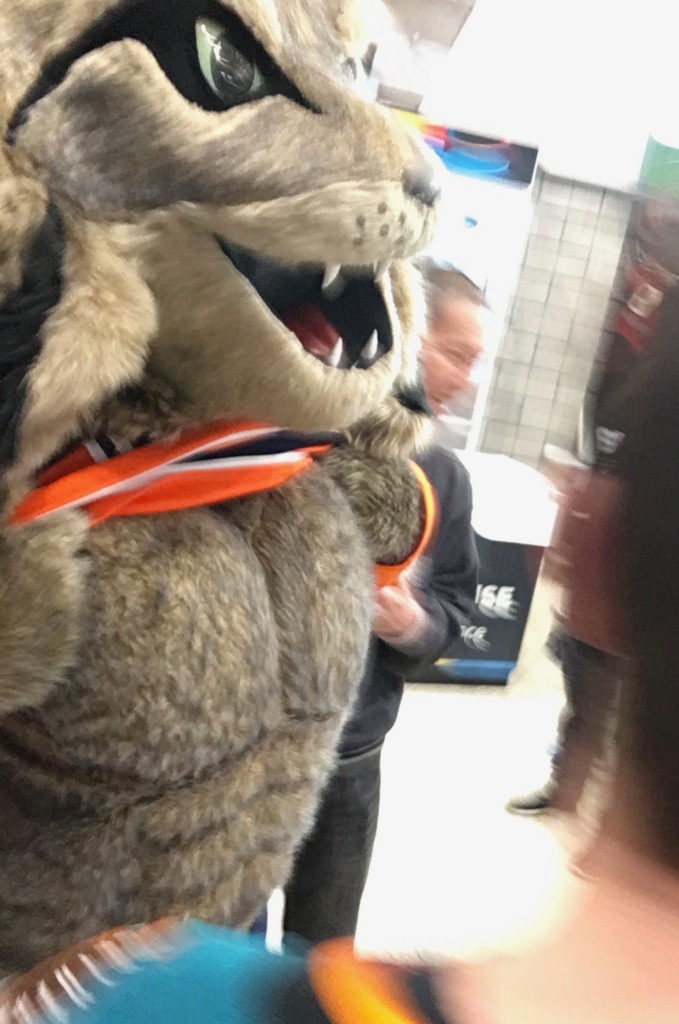 Then there’s Hunter the Lynx from the Edmonton Oilers and his… six pack… Yeah, I’m as shocked as you are but some lady yelled out for him to show us and that he did.

And Stormy the pig (?) from the Carolina Hurricanes. Shoutout to his NHL profile though, he’s got a pretty intense food palette of Penguin meat, Gritty with cheese, and Gnashed potatoes.

I was stoked to see Sparky the Dragon from Long Island cruising the halls as I missed him back in April when I visited Barclays!

I think my face of fear says it all when it came to discovering this, Stinger, is the mascot of the Columbus Blue Jackets. I need a fly swatter.

And then you have the cockiest guy in the biz– Stanley C. of the Florida Panthers. Not only is he named after the coveted NHL trophy but he gladly gives away kisses to his adoring fans. 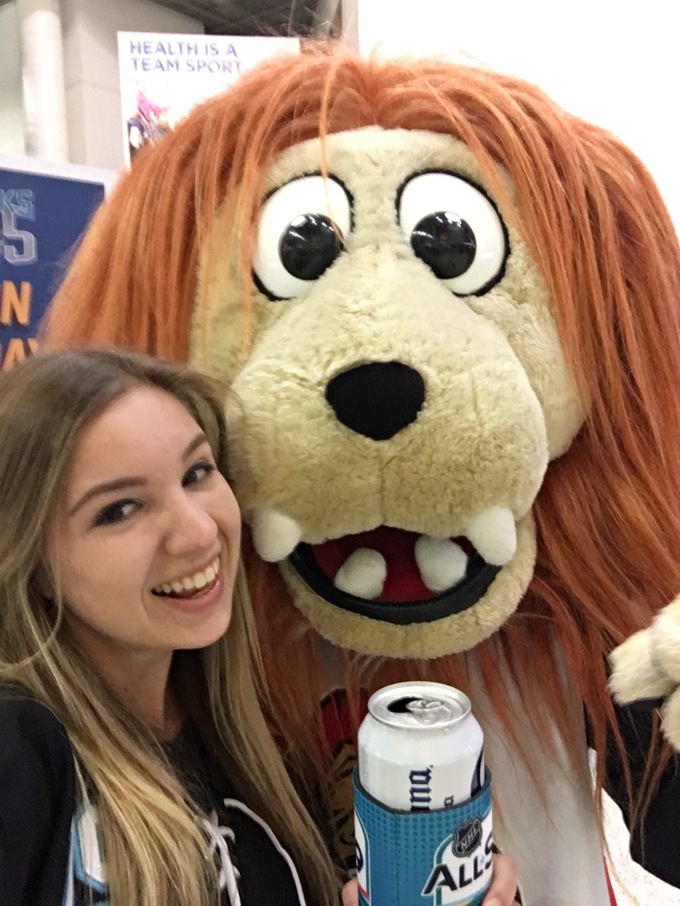 Spartacat is definitely the raggedy and overlooked lion of the NHL since the LA Kings Bailey made his debut, but I prefer his kind disposition and his offer to be my Designated Driver. 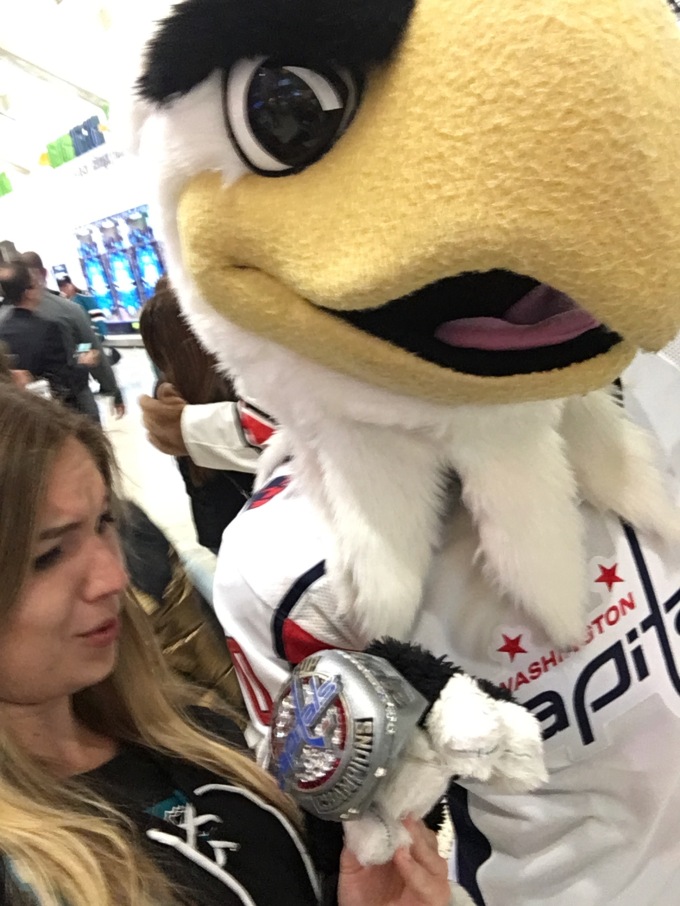 If you’ve made it this far into my obnoxious “Disney Character meets NHL mascot” endeavor, you’ve made it to the best! Slapshot of the Washington Capitals was busy showing off his Stanley Cup Champs ring from their win this past season and boy is it a beaut!

Cheers for sticking through that with me! Clearly I needed to detox it from my system.

All in all the event was as monumental as I was hoping for (the same goes for the souvenir prices – say hello to my $5 beer koozie) and leaves my bucket list with a Winter Classic, Olympics and 25 NHL stadiums to go!