I aim to be one of those overly prepared people who always has a back up plan, so when the New York Rangers and New York Islanders had a weekend full of away games while I was in their home town, I hopped state lines and went to a New Jersey Devils game! 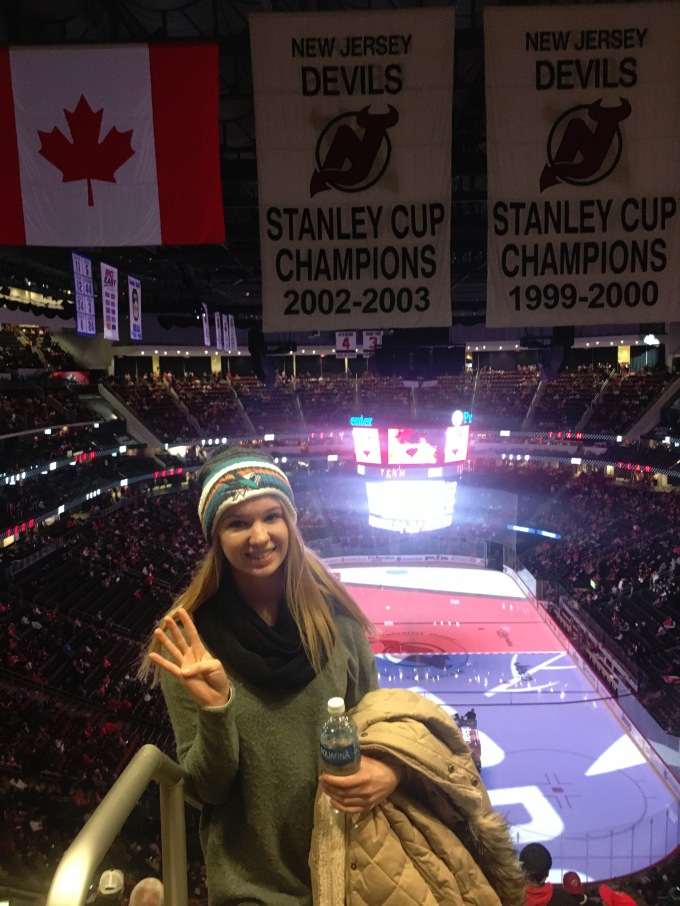 Something I didn’t plan for; being present for the induction of Dr. John J. McMullen into the Ring of Honor! I’ll admit right now, before this ceremony I didn’t have a clue who he was but after witnessing a beautiful on-ice ceremony, honorary puck drop and the reveal of a large wall dedication, he appears to be one important guy! To sum things up, Mr. McMullen was responsible for bringing not just the NHL but a general love for hockey to the state of New Jersey when he purchased the Colorado Rockies in 1982 and moved them to the East Coast where they have won three Stanley Cups. 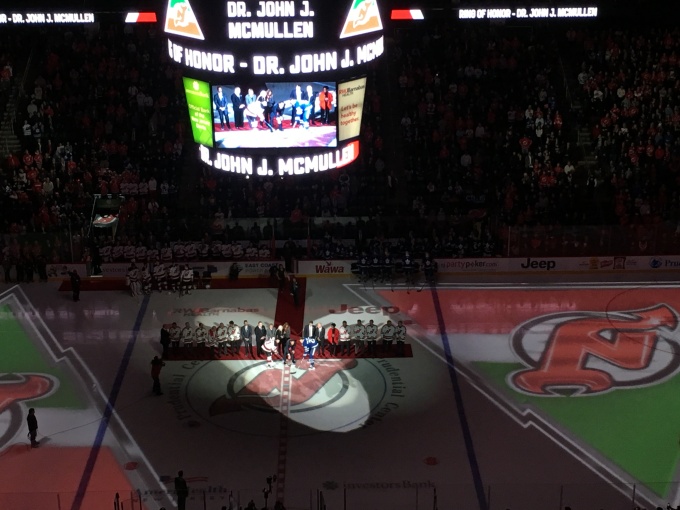 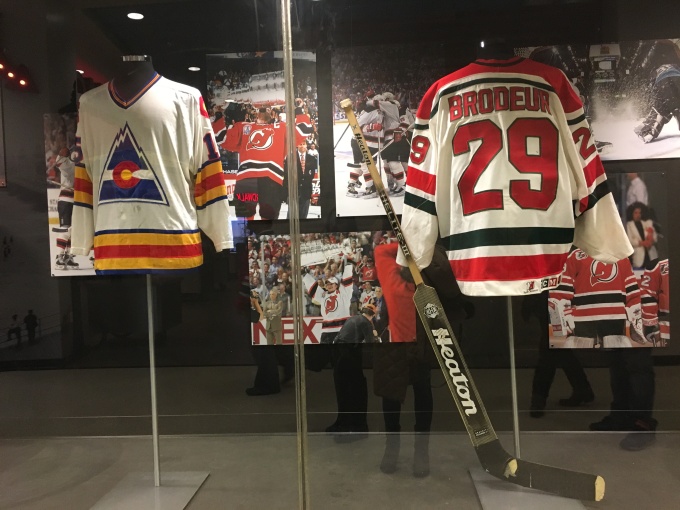 According to NHL.com, he helped pave the way for Soviet skaters to enter the National Hockey League, was a limited partner in the New York Yankees, majority owner of the Houston Astros, served as a Commander in the US Navy and earned a Masters and Doctorate in Marine and Mechanical Engineering. Woah.

Just across the Hudson, accessible by the PATH train, sits “The Rock”, The Prudential Center…what a stadium! It’s barely ten years old and beautiful! I did some research to settle my curiously regarding the stadium’s nickname and came up with this– the icon for Prudential is the Rock of Gibraltar– hence “The Rock.”

My favorite thing about visiting other stadiums is seeing the special things the hockey community puts on, like how the Devils enter the ice on a detailed projection of flames and they have a “Heroes Among Us” segment to honor military personnel. The food kisoks are also designated to East Coast vendors rather than a generic hot dog and pretzel station which I thought was a nice change! The interior designers apparently got super into it too, seeing as the third floor is decorated as the Jersey Shore, complete with a fake boardwalk! 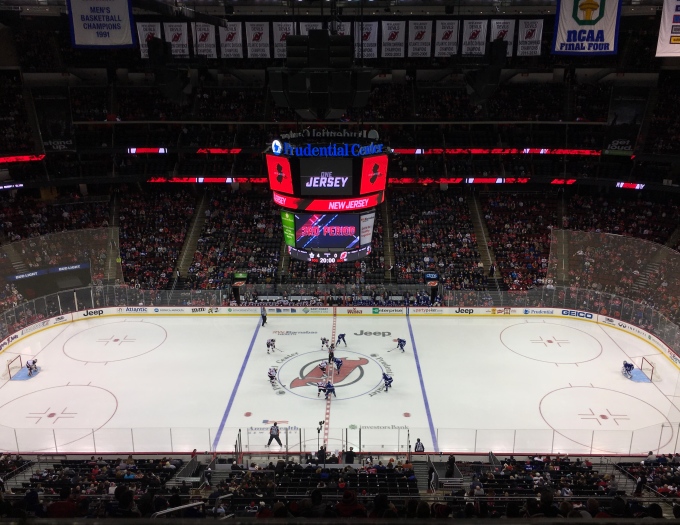 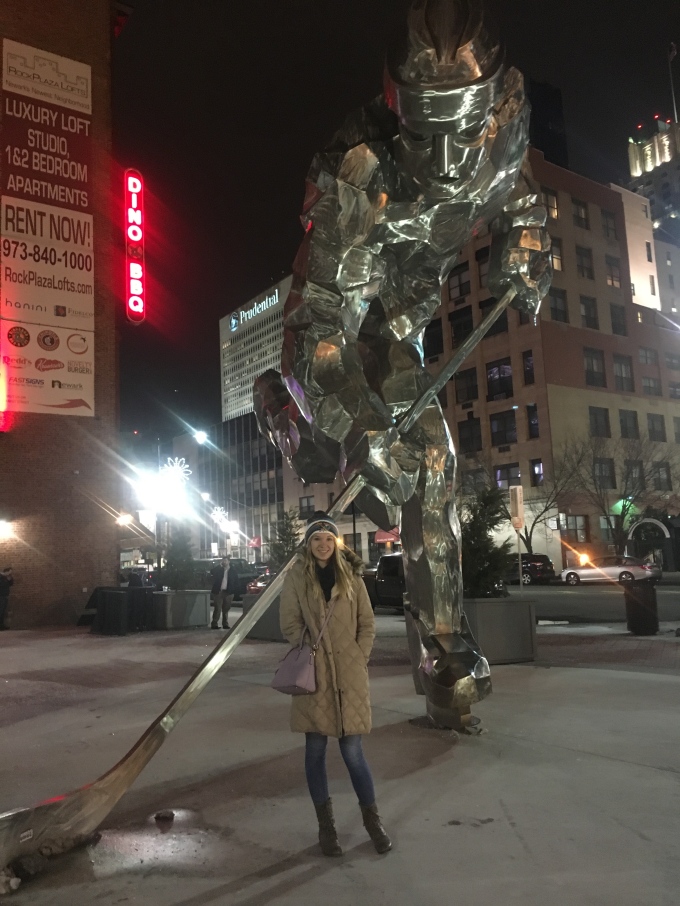 The Devils lost 4-2 against the Toronto Maple Leafs (they went down 4-0 in the first!) and the fans definitely showed their true colors, conforming to the Jersey stereotype of harsh judgement and loud disagreement,  when they booed and yelled expletives at their own team for under-performing.

All in all, the whole experience was a great way to check rink #4 off my list and on to the fifth! Of course the NHL did add the Las Vegas Golden Knights to the league this year, so it looks like I’ve got even more traveling to do!