Alright, eager learners, let’s break down the term “Medical Tourism”. It’s actually not nearly as intimidating as it sounds: medical needs + traveling for them= medical tourism!

Have you ever considered going to Mexico for less expensive dental work, or India for a heart surgery at a lower cost and shorter wait time? What about going to Las Vegas, the capital of plastic surgery? Well, to you, those may sound like medical destinations, but to me it sounds like a vacation! Medical Tourism is, simply put, traveling for medical purposes, with the added bonus of making a trip out of it!

As a Hospitality Management major with an emphasis in Tourism, this is an extremely unique and new idea to me. Hospitals are beginning to look more like luxury hotel rooms, people are building businesses around entertaining patients’ families during the recovery time, and airlines are learning more about how they can accommodate such travelers.

During the first week of October I was able to attend the Medical Tourism Convention in Los Angeles and work alongside some people with pretty impressive business cards (and security teams, if you catch my drift).

As for the work I performed while at the Medical Tourism Convention, I helped VIP speakers prepare in the Speaker Ready Room, re(re re) arranged rooms according to their BEO (Banquet Event Order), answered a million and one questions, broke in a cute new pair of work shoes, and was at the ready for whatever was sent my way next.

Aside from the convention itself, I was able to shadow Patty Holland, the Executive Event Producer, who has shows like the Oscars on her resume. I don’t think my brain and body have ever been kicked into overdrive as fast as when she handed me her phone and walkie talkie, both of which were nonstop the whole time. 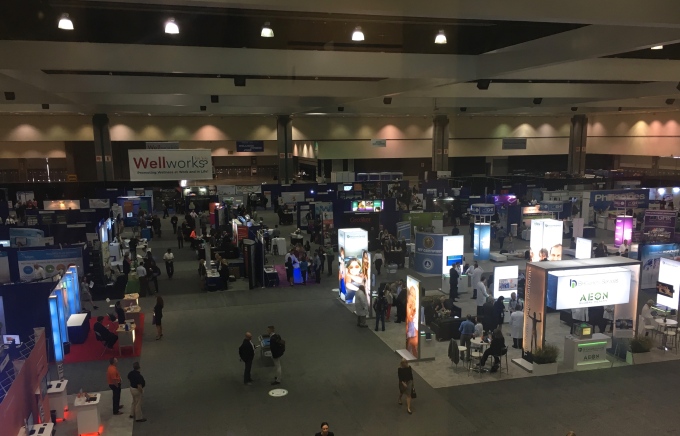 Working the Medical Tourism Convention served as an overwhelming and inspiring “WELCOME TO HOSPITALITY MANAGEMENT”, that had me hitting the ground running, only five weeks into my first semester, and while it’s an exhausting pace I don’t seem to mind because it is all so interesting! I can’t wait to see what else this major has in store for me!