I’d tell you about all the Colorado native beers I tried over Spring Break but in order to do that I would have to remember… so I guess right off the bat that lets you know Colorado is a hoppy gold mine (as if it wasn’t already a given)!

What I can tell you is they’ve nailed the “hang out and have a brewski” atmosphere. Aside from the drinks, a brewery’s pull has a lot to do with the vibe they give off and in Colorado it’s clear that they’ve grasped that concept to the fullest! New Belgium had two large lawn areas, a fire pit, and games for their visitors to play, while Odell boasted a stunning built-in stage on their massive patio, and of course both locations had local food trucks to serve up some drunchy snacks.  To put a cherry on top pups are always welcome outdoors!

Seating space was obviously key and even with sprawling indoor and outdoor seating it was still hard to snag a table! Despite having a hard time searching out seating, it made you want to be there because so many other people were too, even on a Wednesday afternoon! 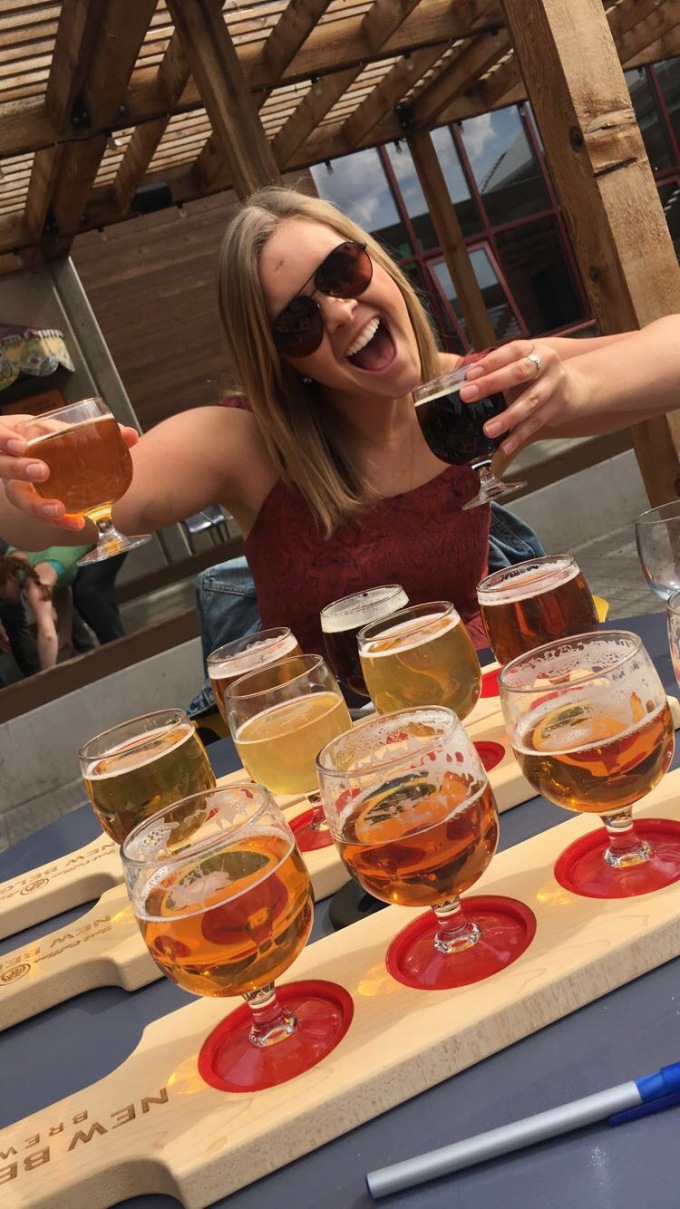 I’m not too sure if our drinking strategy worked more for or against me but ordering a flight of everything on tap seemed to be the best way to pick a favorite!

At Odell we opted for the Local’s and Pilot flights to “round out our palettes” (good idea, intoxication!) and enjoyed the sunshine, live music and corndogs. The pups even got a change to try out some of the samplers we didn’t finish off!

It was pretty interesting, noticing the difference between both local Fort Collins breweries – New Belgium Brewery, which is is nationally known versus Odell Brewing Co., which still seems to be a FoCo secret treasure!