Just over two years ago a highly anticipated expansion exclusive to the Paris park was opened in Walt Disney Studios, a space dedicated to Paris’ own “Little Chef” from the Pixar film Ratatouille! The pavilion is charming with its popping champagne bottle fountain and French street artists that will sketch your silhouette, along with an amazing ride that shows off the up and coming technology from the Imagineers, as well as an adorable table-service restaurant!

Ratatouille: L’Aventure Totalement Toquée de Rémy is an extremely popular attraction, so much so that the fastpass area was shut down before noon the day I was there. Even the single rider line is pretty lengthy so I would say shoot for making this ride one of your top priorities.

The 4-D ride takes you and your rodent themed car across the rooftops of Paris and drops you down into the kitchen of Gusteau’s restaurant  (if you want a better understanding I suggest Youtubing it) where you scamper under the heat of a gas stove, through the chilly freezer and even get splashed by celebratory champagne!  It’s a trackless ride which was a first time experience for me, many parks seem to be slowly incorporating or switching their rides over to this system to allow more riders through at a time as well as make for a smoother drive.

Leave it to me to not read the warning beneath the rides description on the park map which clearly states “this attraction is unsuitable for guests who suffer from motion sickness”. Very similar to the motion on Star Tours, which I can not handle, I was nauseous and had to take off my 3-D glasses about half way through. So just a warning to the weak-stomached, this might not be for you! And if you still want to give it a try, I say it’s worth being dizzy!

I had high hopes for our lunch at Bistrot Chez Rémy, where you shrink down to the size of a rodent and eat at Rémy’s restaurant but I am so so upset to say it did not live up to my expectations. It was very cute but the menu was small and pricey, and I am disappointed to admit it was not a highlight of my trip.

But lets stick to the positives! The decor is beyond charming and creative. When you enter by the host’s stand the walls are decked out with Remy and Linguini’s awards and newspaper clippings. The host leads you down the hall and through a special doorway that magically shrinks you to the size of a rodent and then seats you at your table made of a spice box. 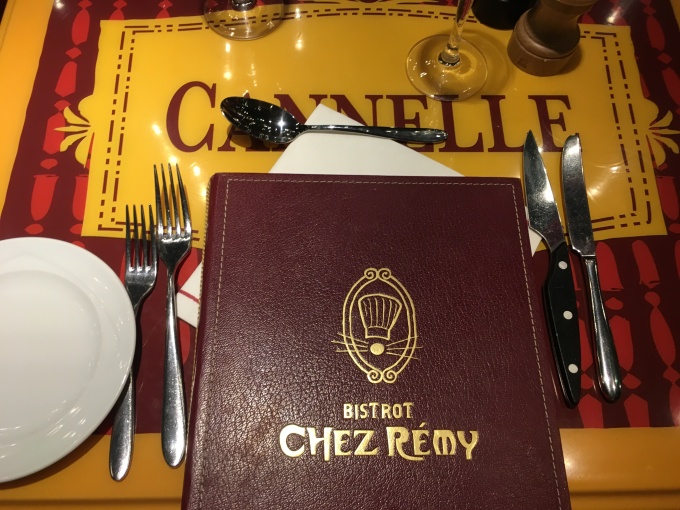 In typical Disney fashion the attention to detail and decor is immaculate as you sit on a champagne cork and dip your steak in a sauce cup shaped like a chef’s toque. The room is lit with fairy lights and garnished with flowers peeking through salt shakers while silverware serves as a coat hanger, you can even see Chef Gusteau’s book that inspired Remy to cook! 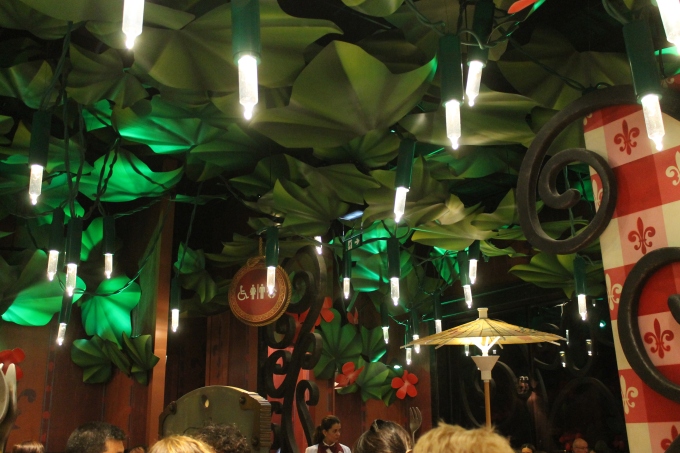 In this case I would say it was style over substance, so not a Five Star experience but the atmosphere just about made up for it.

In total, I think this new portion of the Park is adorable and a wonderful addition! I love that they put such a focus on a Pixar film that doesn’t get much attention elsewhere, especially in the city that inspired the story! Disney made Paris within Paris quite a success if you ask me!