Yeah, I know, that’s meant to be “British” and directed at me but I couldn’t help it! In this case, the Spanish are indeed coming, and invading my London life!

Thursday night I met up with one of my best friends from back home, Caity, who is spending the semester studying abroad in Madrid. She has come to see London for a portion of her Spring Break, alongside me and her two friends that are studying with her, Alex and Anna!

But before I go into these past couple crazy days with my visitors, I’ve gotta talk about St. Patrick’s Day! Being so close to Ireland, England/London takes this holiday quite seriously, enough to have a parade and festival. But hey, fine by me! That means Guinness is more attainable!

Alrighty, back to Thursday night with Caity! While I was at the Lewis Watson concert, Caity was arriving at the airport in London from Madrid, so we planned to meet up at a pub after the concert let out. Yes, I wanted to go to the concert so badly that I bought one ticket and went by myself, but it’s not very hard to make friends when you’re all in the same venue for the same reason.

My view from where I was standing

At one point in Lewis’ set, he asked us to make a circle in the crowd so he could come down and sing in the middle, which just so happened to be right infront of me!

After the concert, I tracked down Caity at the pub where we tackled each other in a hug, since we haven’t seen each other since the beginning of January when she left for Madrid.

Friday morning Caity and I headed to Baker Street Station to collect Alex and Anna, who flew in that morning, and this is where the madness and nonstop sightseeing begins and I became what I decided to call a “residential tourist”! 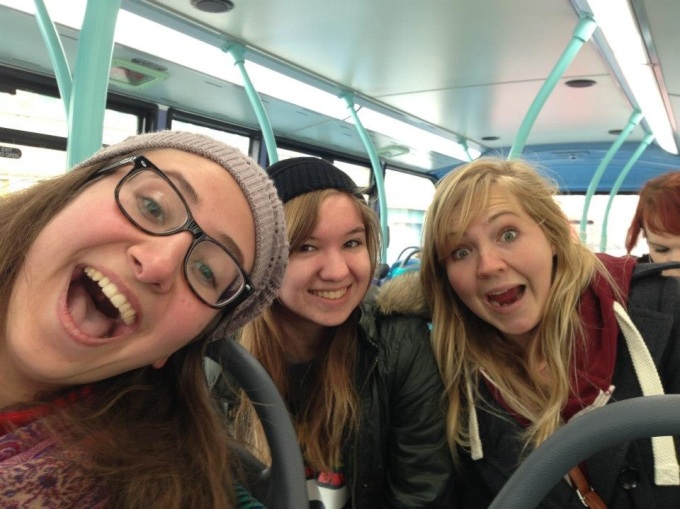 On the bus, after picking up Alex and Anna!

First thing you’ve gotta do when in London is see Big Ben, so that’s what we did! 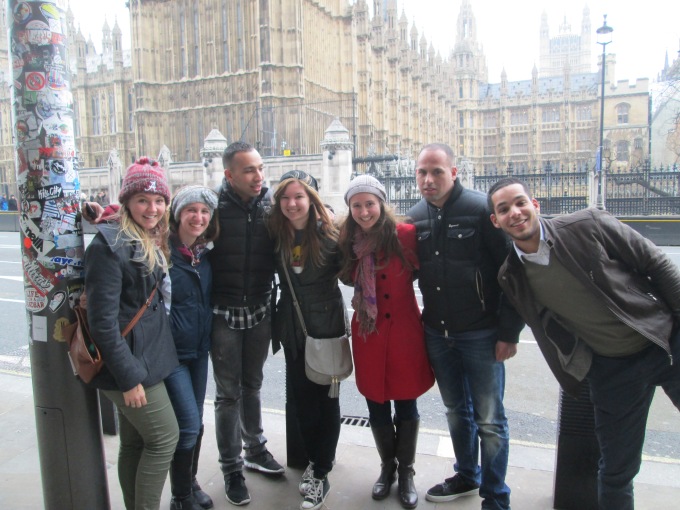 After taking a picture with the tourist attraction, we somehow managed to become an attraction ourselves as we had people lining up to take pictures in front of Big Ben with us…

Next on the to-do list was ride the London Eye!

Being not to fond of heights, I was a bit shaky at first, but the view definitely outweighed the fear 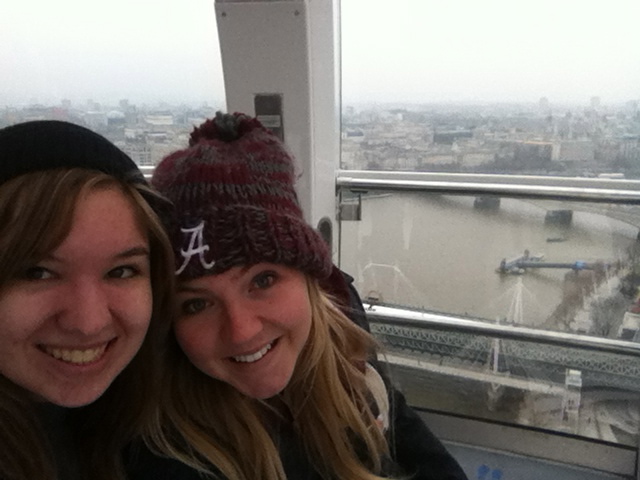 On our way up! 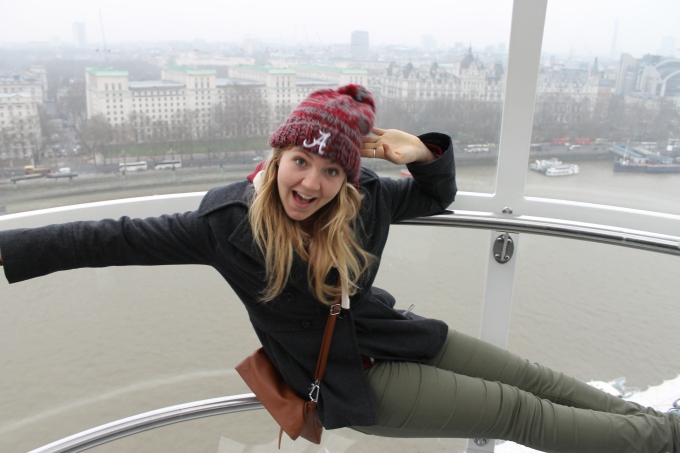 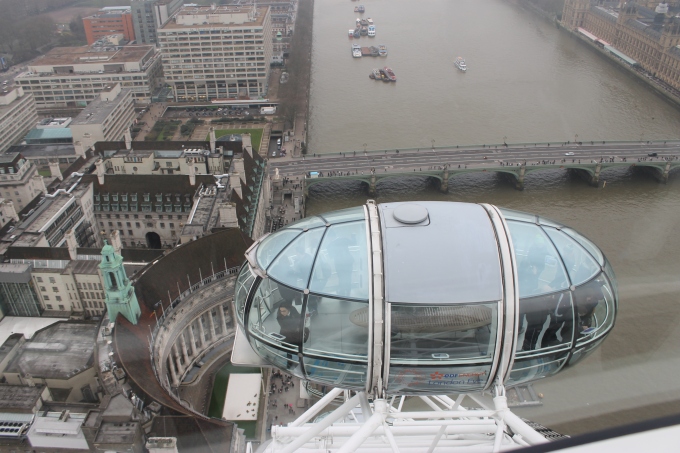 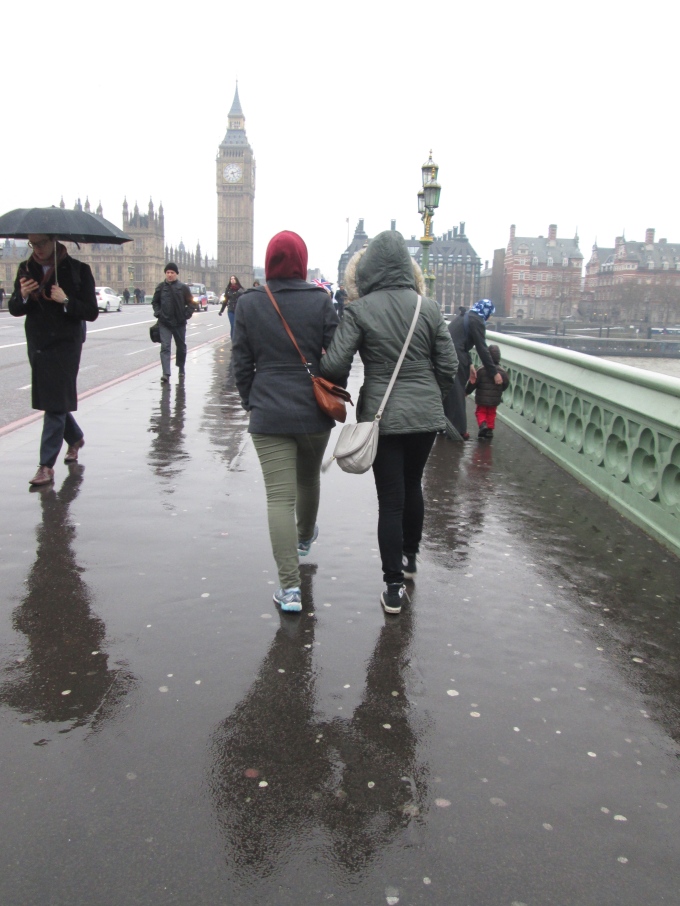 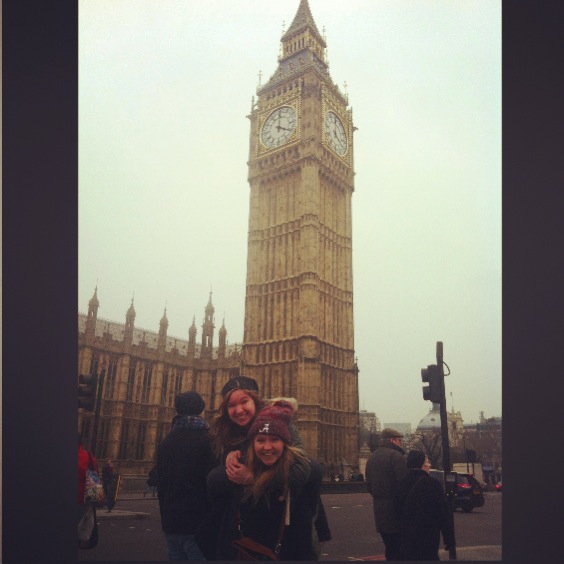 After riding the London Eye, we walked through Trafalger Square, Piccadilly and Leicester Square, where we visited M&M world, and of course Caity made more friends, in this case, she had a dance with one of the M&M employees. 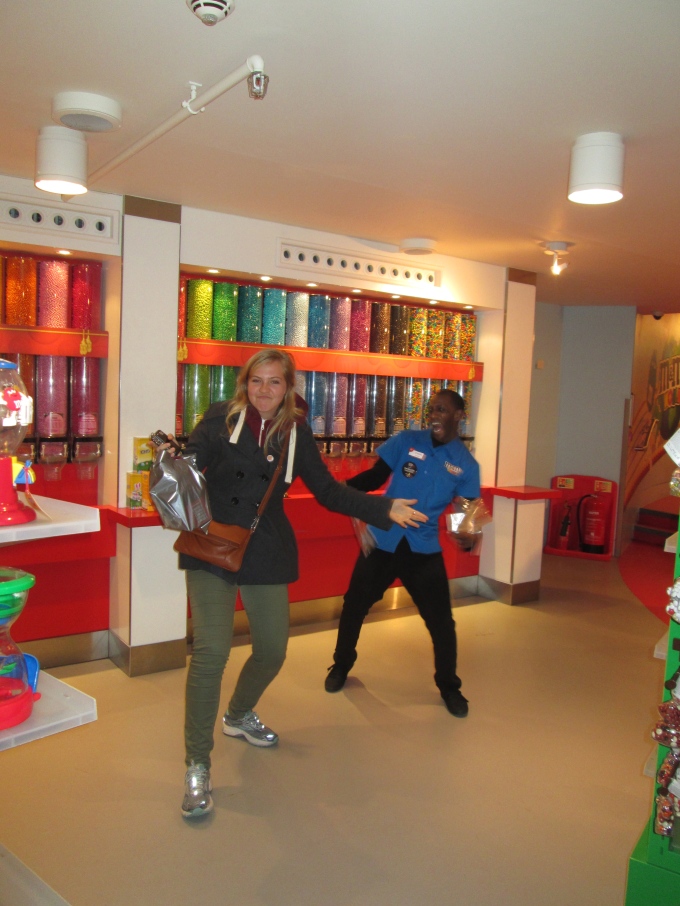 Saturday, we went to Camden Stables, the iconic Abbey Road, Buckingham Palace, the 3 o’clock service at Westminster Abbey to hear the choir boys perform and more importantly for Alex, to see where Will and Kate were married, and saw The Phantom of the Opera! 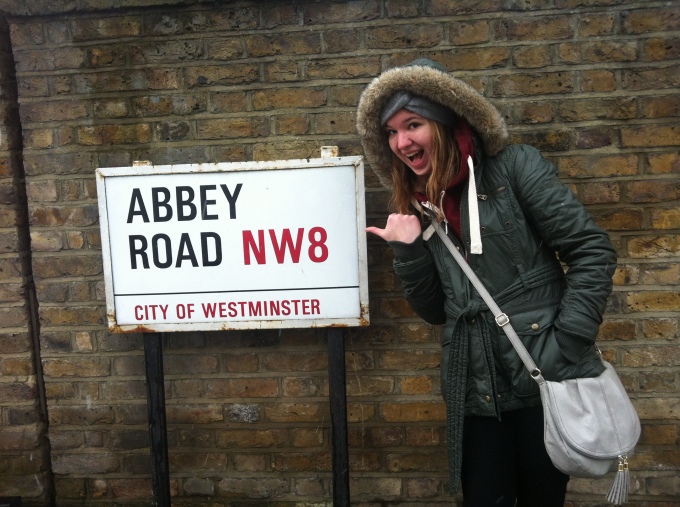 Our first try…not too successful. Just a heads up, this is still part of a functioning road, meaning you have to dodge cars to get a picture posed as the Beatles! 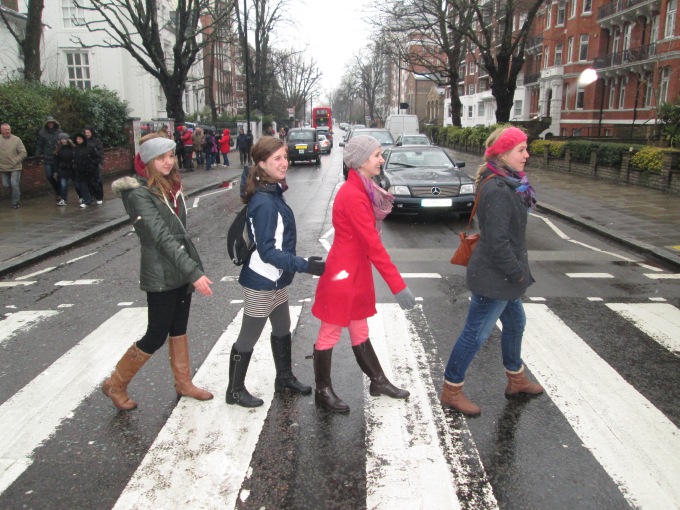 Our second try worked out a little bit better

P.S. that is indeed snow falling in the picture, London decided to show my visitors its most brutal weather during their stay 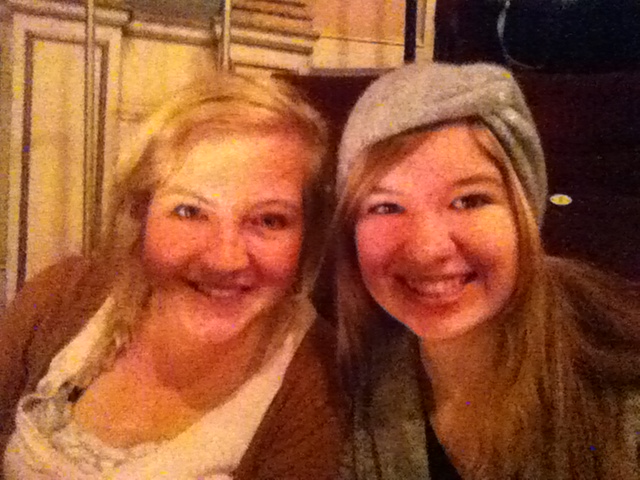 In our seats for Phantom of the Opera, at West End Theater!

A little bit of back story, I have wanted to see this play for a little over ten years, ever since my mom saw it in New York and told me about the Phantom cutting the chandelier and it crashing to the stage (I promise I wasn’t some dark and disturbed child) So the fact that I got to see it, and in London, makes me quite the joyful theater geek. 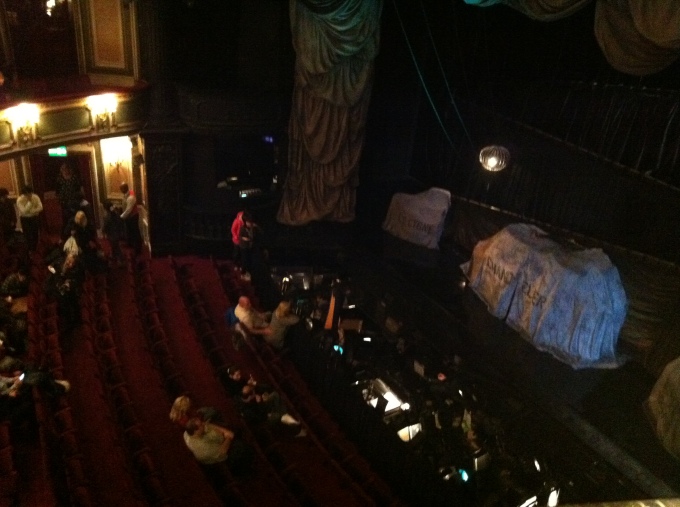 The chandelier rising in the beginning of the play (insert intense pipe organ Phantom of the Opera tune http://www.youtube.com/watch?v=O5z_l6NE3qs)!!!

Sunday we went out for a “traditional” English Breakfast, the Palm Sunday church service at St. Paul’s Cathedral, and the Tower Bridge! 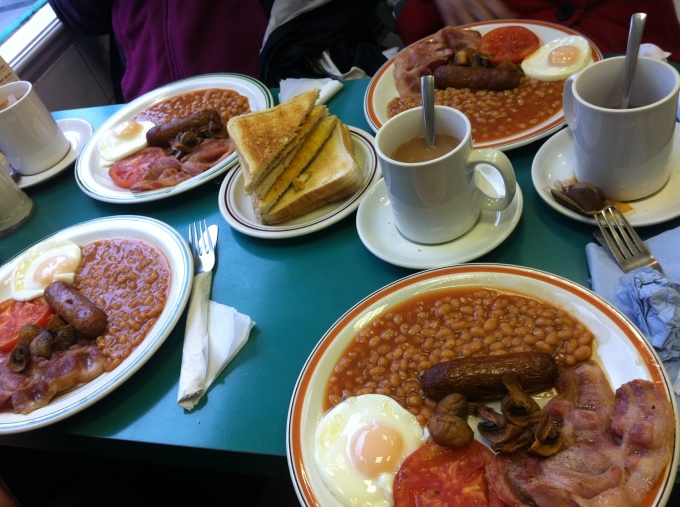 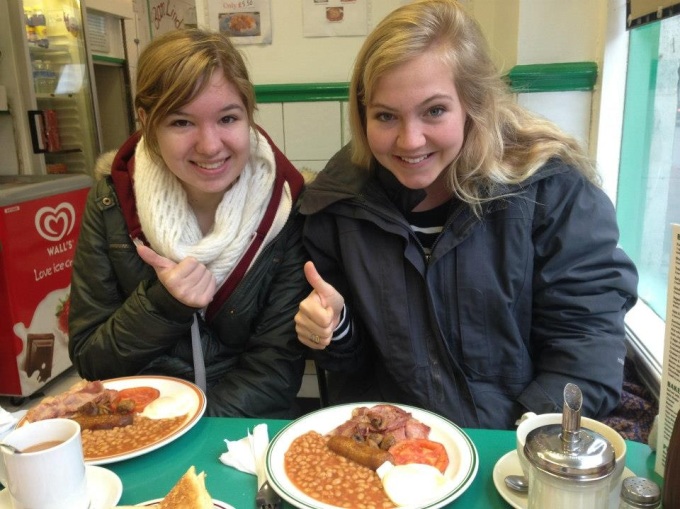 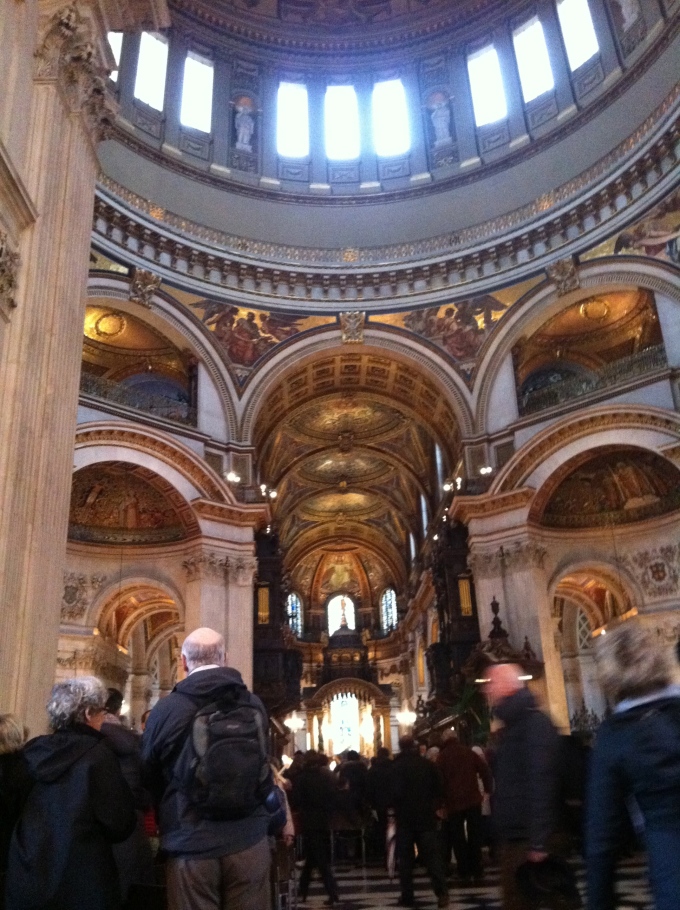 (let’s just pretend it was legal to take this picture) 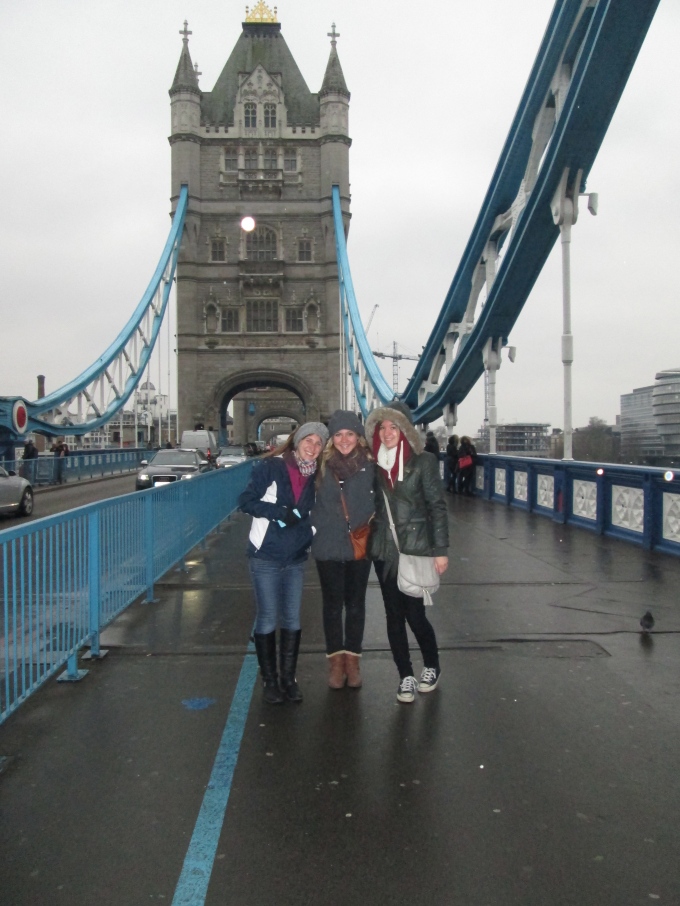 Tower Bridge with Anna and Caity

Today, Monday, we went to Kensington Palace and Gardens, and then something all four of us have been eagerly looking forward to, touring the Warner Brother Studios where they filmed all eight Harry Potter films!!! But that is a whole post in itself and I am short for time in the next couple weeks, but I promise there will be more to come on that! In the meantime, I will leave you with a couple pictures as a sneak peek.

Living off of coffee makes us a lil’ crazy 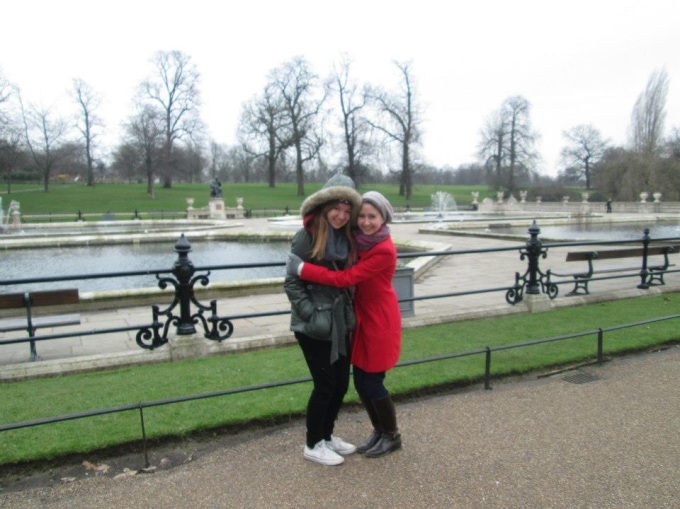 In Hyde Park with Alex! 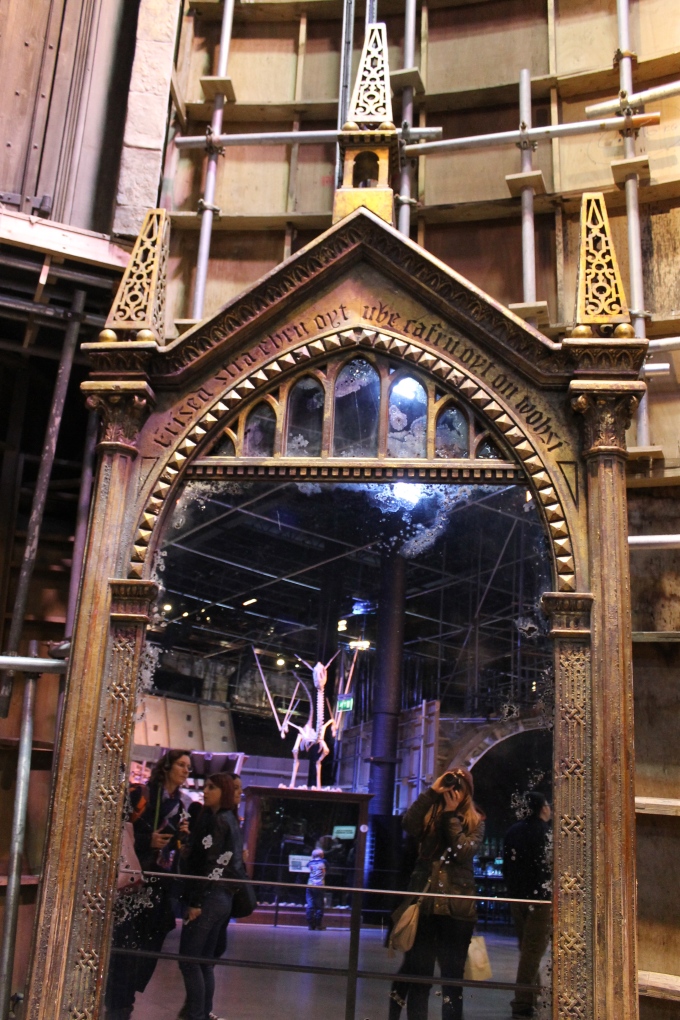 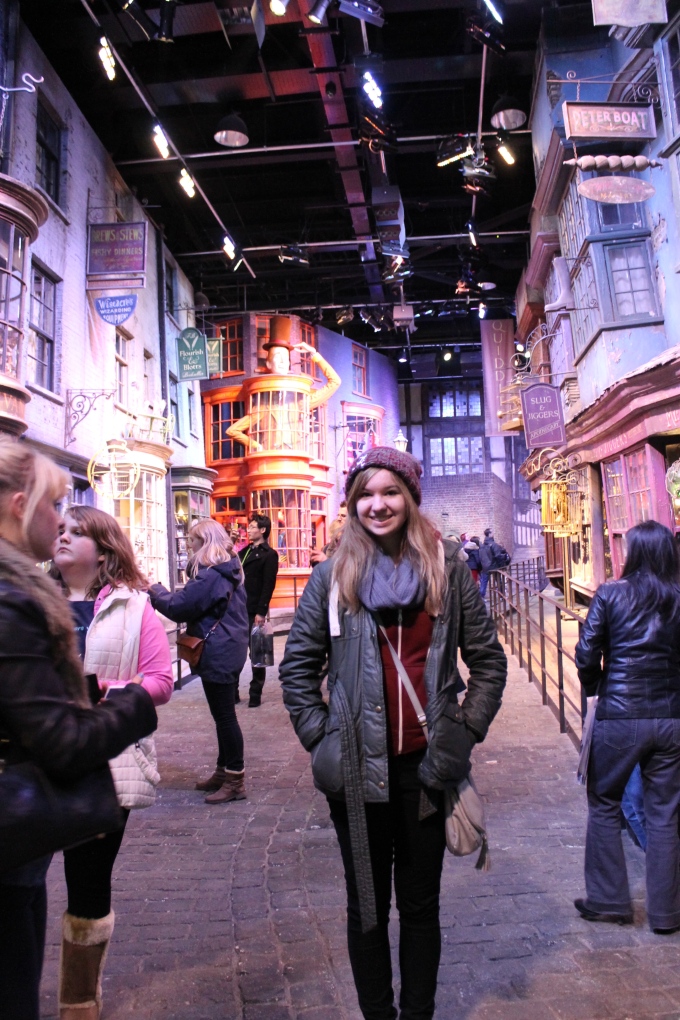 It’s off to Paris for me tomorrow afternoon, and I’m not sure when I’ll have time for another post, I know, you’re heartbroken.