Good day to you from England!

So much has happened in such a short amount of time, I don’t know where to start! There have been so many “first times” for me within this 48 hour period, I’m going to number them as I type.

I arrived at Heathrow International Airport (1) Wednesday morning to be met by Allie Levanway, a mutual friend who also moved to London recently. We took the tube (2) back to her flat in Camden and then took off to the South Bank (3) so I was able to do some sightseeing before I left for Coventry* the following day. We met up with her husband, Will, for lunch and then walked around and saw the London Eye, Big Ben, Parliament, Westminster Abbey, and Trafalgar Square (4,5,6,7,8!) Needless to say, I was and still am in awe.

*Coventry is a town approximately 92 miles northwest of London in a bit more or a countryside setting, where family friends, aka my “British parents”, live and are graciously hosting me until the end of February. 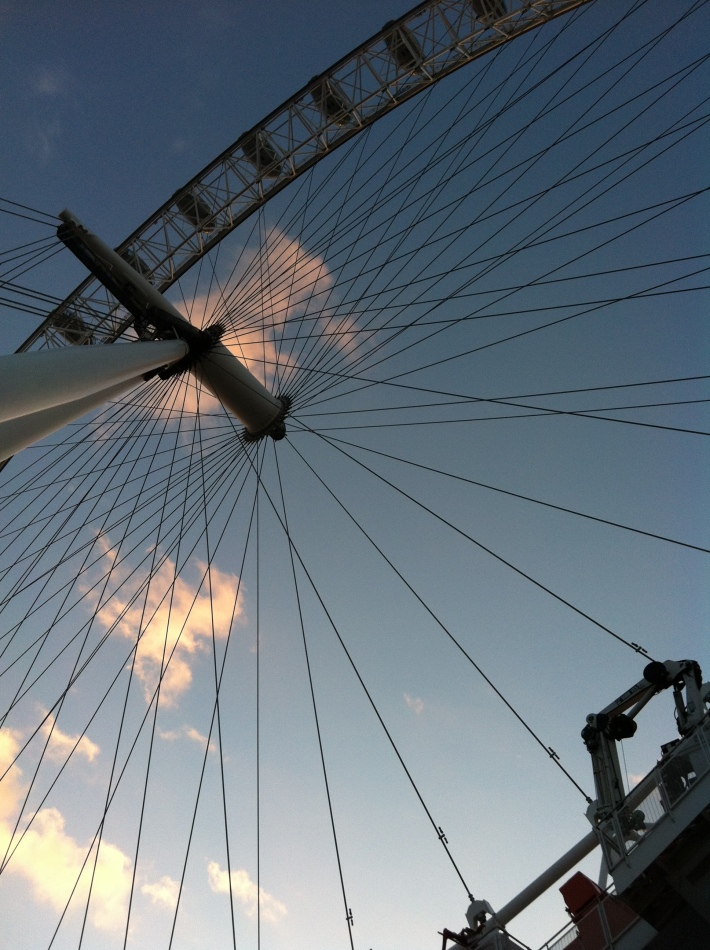 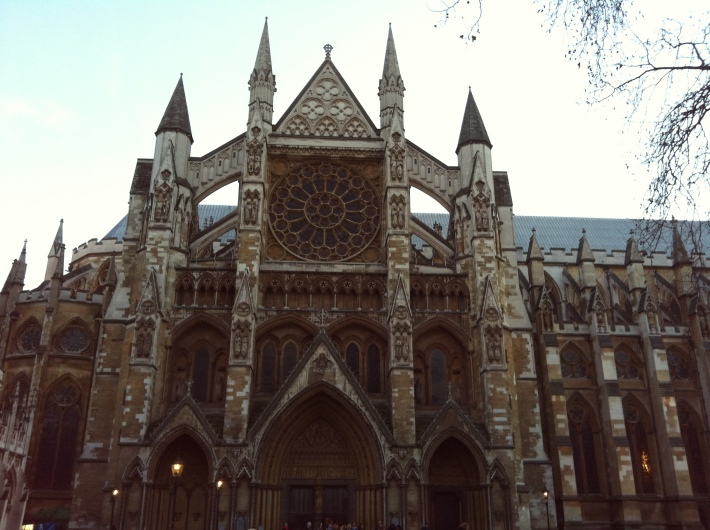 I have officially seen Big Ben, the number one thing to accomplish on my bucket list! 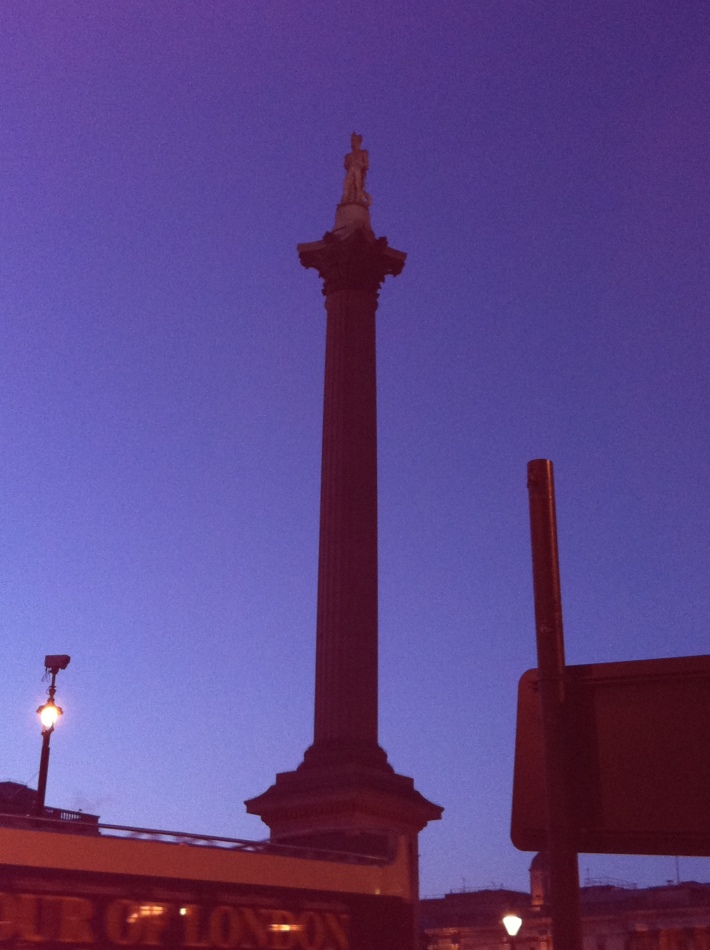 Trafalgar Square (in the dark)

Every once in awhile I forget where I am (as unbelievable as that is) and that this is my home for the next four months. Talk about crazy. Just five months ago I sat in my kitchen in Danville, California discussing with my dad what I wanted to do with my year off from school when I came up with this crazy idea, and now look where I am! I’m still a bit in shock that I pulled it off.

By the time we got back to their flat, I had been up since 8am on Tuesday, California time so needless to say I was exhausted.

The next morning Allie and I took the tube to West Kensington to meet my flatmate, Laura, and see the flat I’ll be sharing with her starting in the end of February! At 2pm I boarded a train (9) on Virgin Railways to Coventry to join my “British parents” at their home for the next three to four weeks!

On the train to Coventry 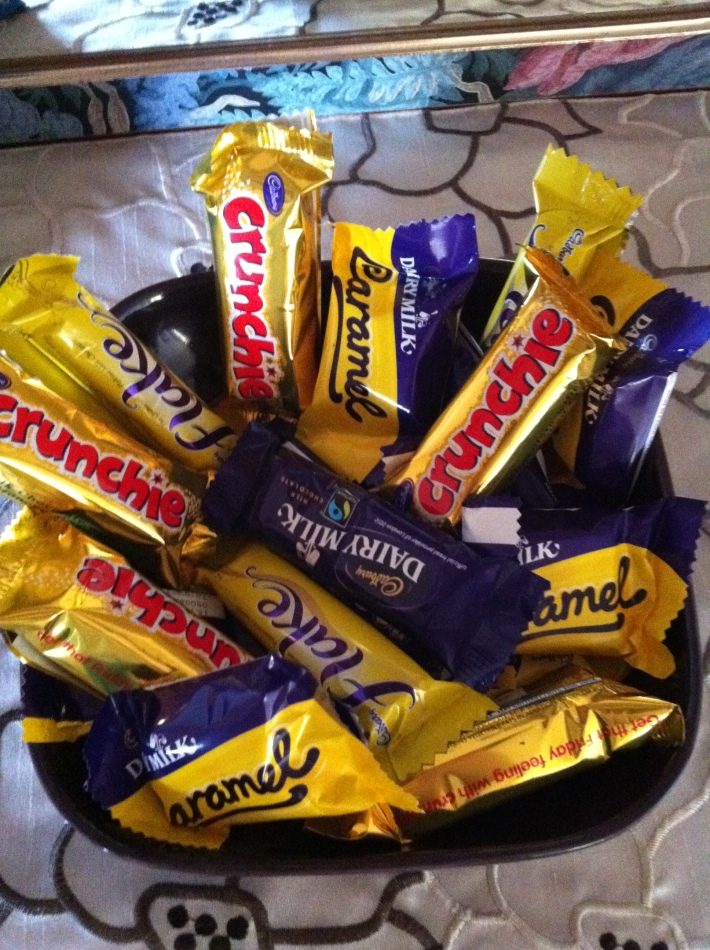 The sweets (I’m learning to use my British lingo already!) my “British parents” set out in my room

All bundled up with my ‘Bama beanie!

That’s all I have for now, it’s time for me to hit the hay! I will leave you with a song fitting my emotions (hint: homesickness had its first take on me this morning)