I cannot express just how amazed I am, as a girl that grew up in a state practically the same length as England, how cool I think it is that so many countries are easily accessible to each other in Europe! I mean, come on. 50 minutes on a plane and you’re in a new country, you can’t tell me that’s not cool! Setting aside my geek of a traveler’s mind, I arrived in Dublin, Ireland by 9am, extremely exhausted and ready to take on a new country. After having my passport approved and stamped in a classic Irish green, I took off for the International Youth Hostel. After settling in there, I immediately whipped out a map and tracked down the one and only, Guinness Storehouse! 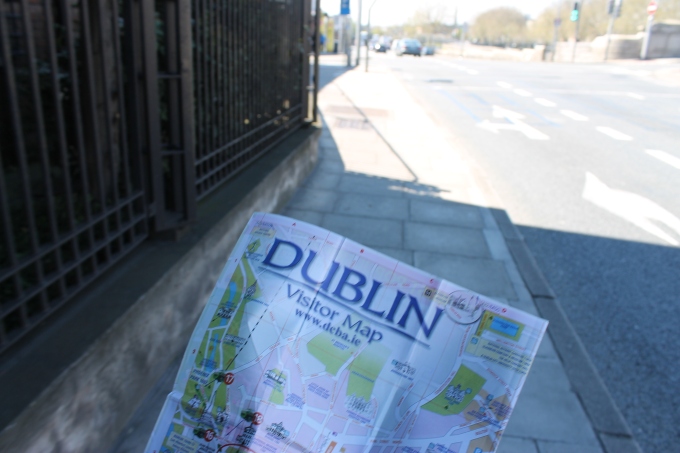 The Spire of Dublin, aka the Monument of Light on O’Connell Street

The Liffey running through Dublin

Who doesn’t love a business building adorned with Heineken’s name?!

Approaching my destination! A give away that you’re close to the Storehouse are the great brick smoke stacks that tower above the city.

After entering and purchasing tickets, you proceed on your tour of the World’s Largest Pint Glass (!!!). One of my two (which will come later) favorite thing of the tour was the advertisement hall, where adds, bottles, commercials, home decor and toucans of all generations are displayed. 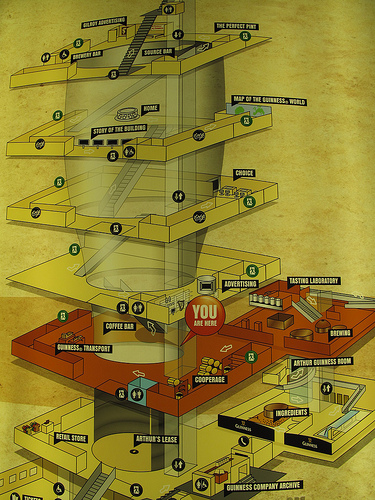 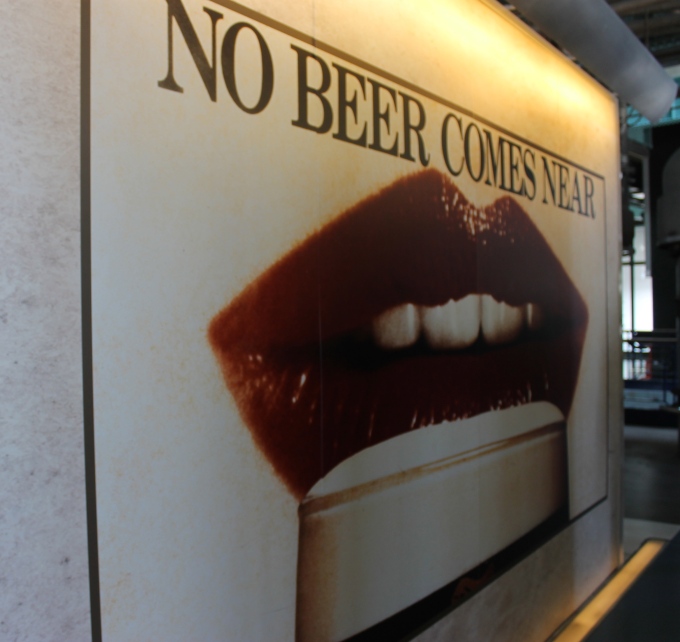 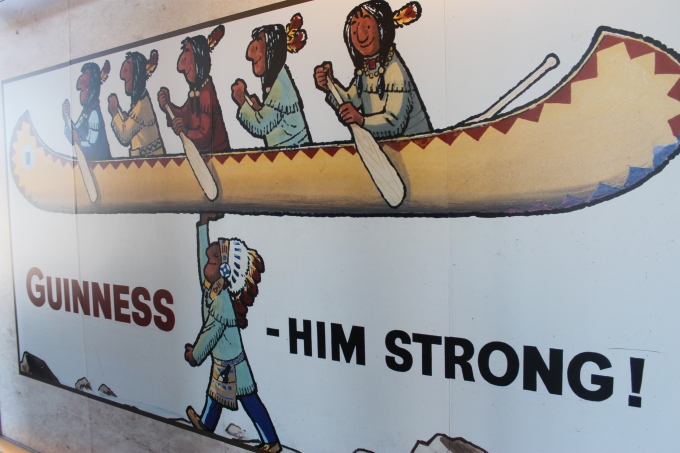 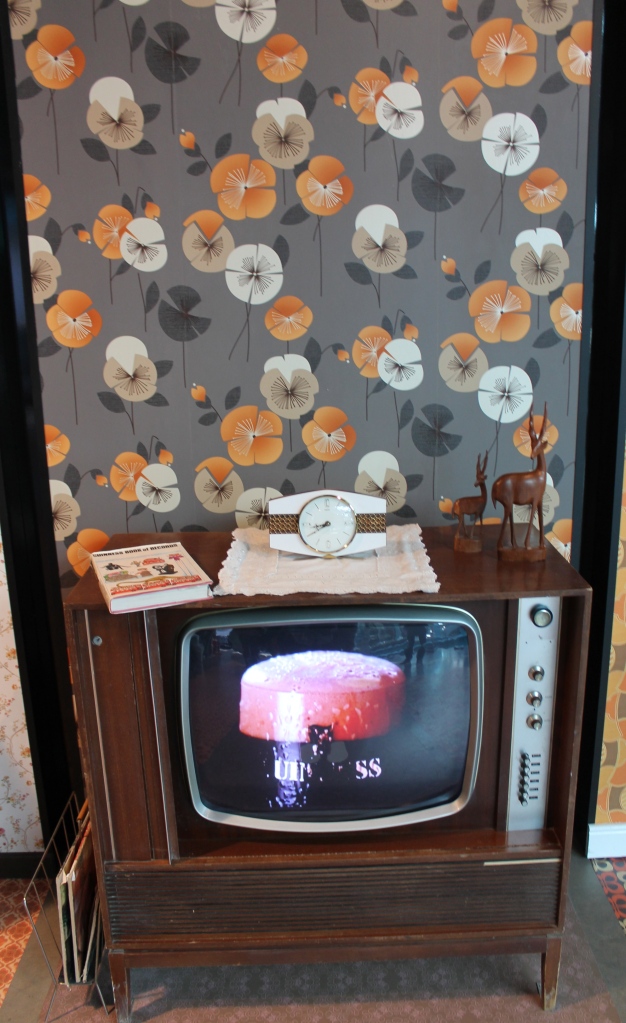 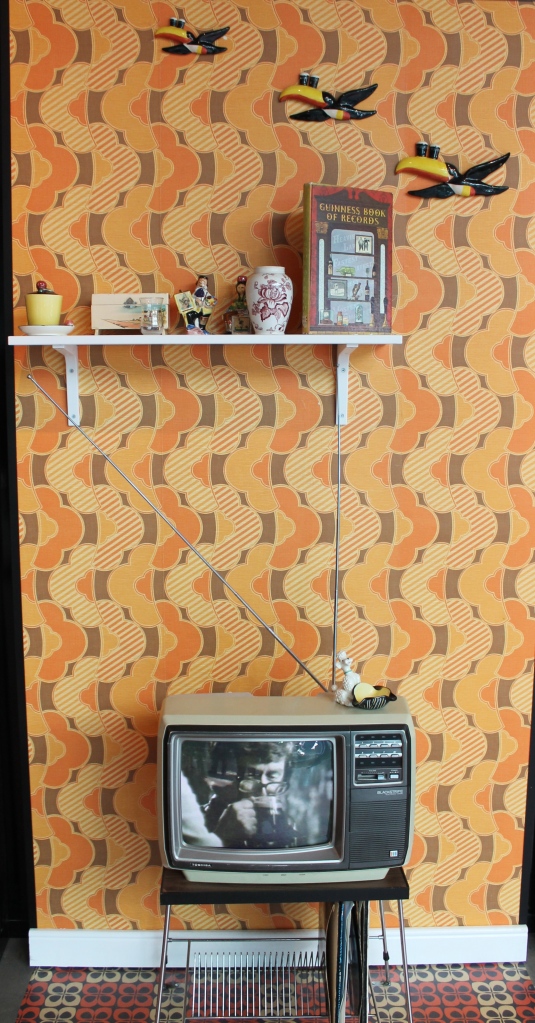 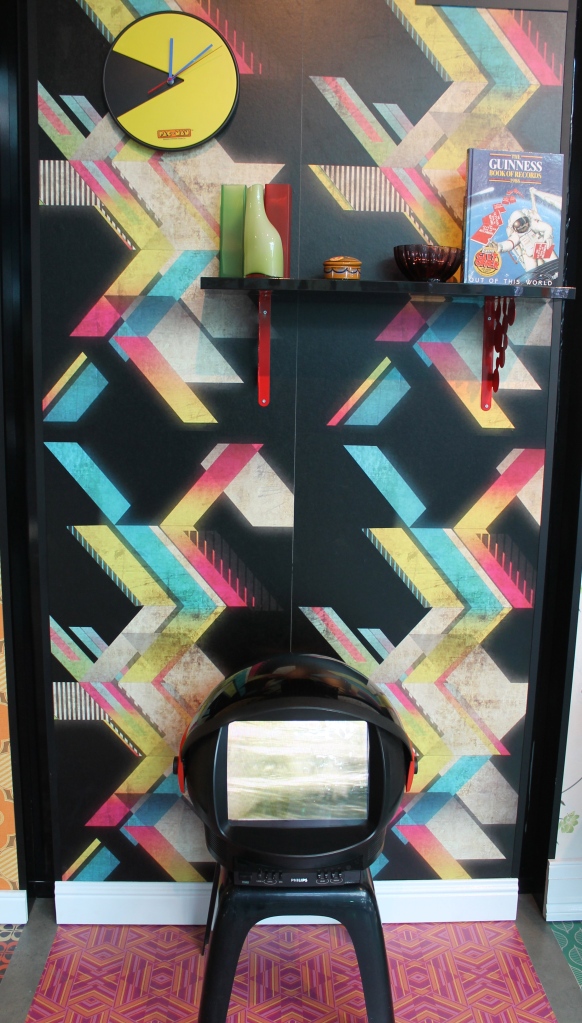 1980s, best wallpaper yet in my opinion

1990s, “WYLD STALLYNS!”, I may be off by a year but Bill and Ted’s Excellent Adventure is timeless 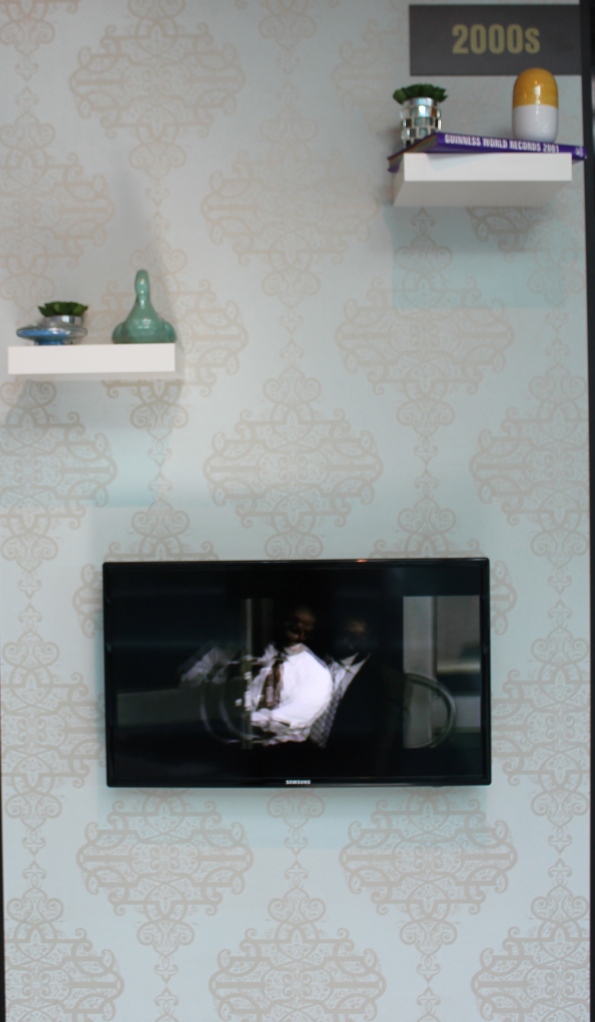 Getting back to what my second favorite part of the tour was, your ticket includes a pint of Guinness that you can either redeem at the Sky Bar, located at the top of the pint glass of a building, or learn to pour it for yourself! So place your bets on where I went, if it’s not already too obvious…. 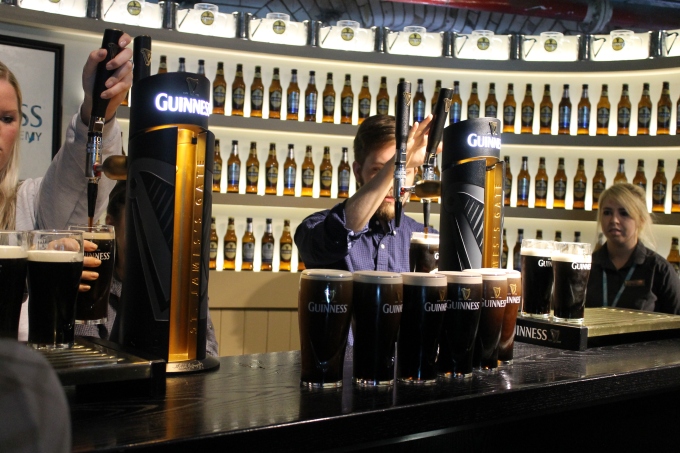 Pint pouring school! It is actually quite the particular process! 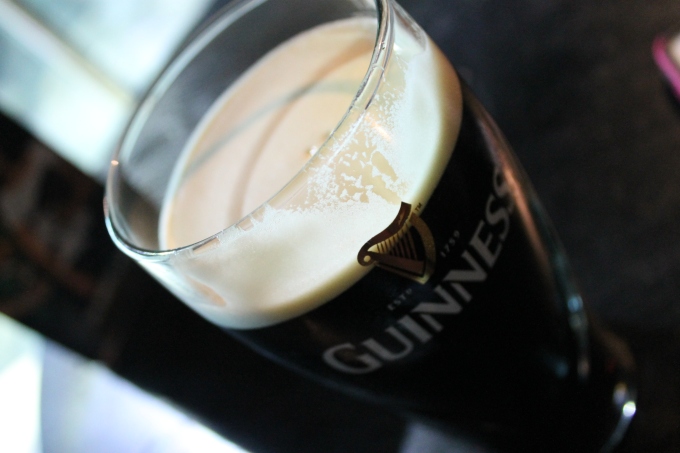 I present you with my “perfect” pint!

I’ve even got a certificate to prove it! Definitely framing this one. 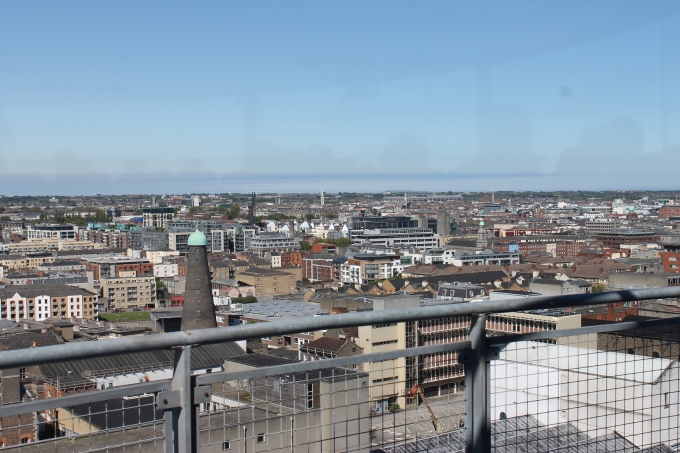 The view of Dublin, Ireland from the Sky Bar 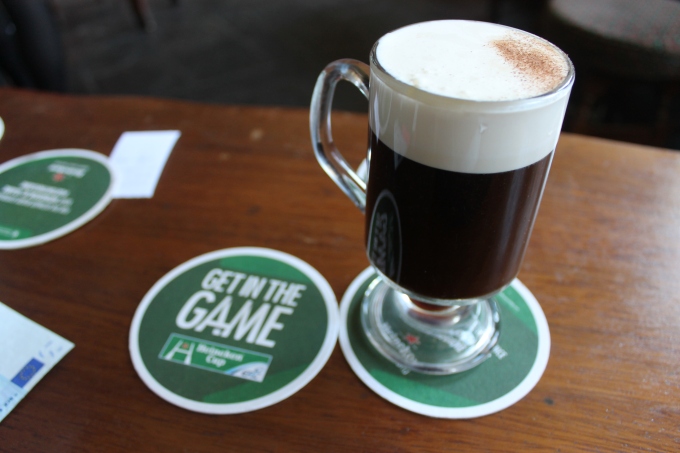 After satisfying my Guinness cravings, I headed back to O’Connell Street, making a stop at a pub for a classic Irish Coffee (if you don’t know what that consists of, the ingredients list incudes hot coffee, Irish Whiskey and sugar…yum!)

I also made the ineviatable purchase of the classic Claddagh ring

The next morning, Monday, was a bit reminiscent of my second day in Scotland, causing me to rise bright and early and board a bus for a tour through Galway and onto the Cliffs of Moher and back to Dublin!

Just a glimpse at the distance between my location and destination

I spent the majority of the time of our time on the bus with Morgan, a new friend, as we chatted away the hours about books, movies and travels, past and ones we hope to plan in the future.

Once in Galway, we took a walking tour and learned some of the city’s history, including the story (legend) behind the Claddagh ring, well one of the two! A native to Galway, Richard Joyce, was captured by Algerians and sold as a slave to a Moorish goldsmith, where he was ordered to make a wedding ring for the princess. He designed the Claddagh ring; the hands representing friendship, heart for love and crown for loyalty, all things needed for a successful marriage. The princess was so please with the ring that he was released and taken back to Galway where he made another Claggah ring and gave it to the woman he loved.

Not only does the ring represent friendship, love and loyalty, but the direction and hand you wear it on also means something!

An old Celtic marriage stone in Galway, showing the two families combined and placed above the home’s front door. Not only does this show off a marriage but the wealth of the family to have on of these expensive stones made 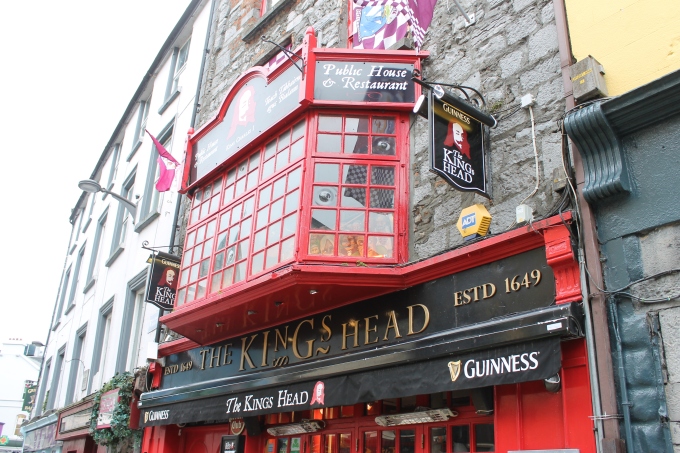 The Kings Head is an 800 year old building that used to be the residence of Thomas Lynch Fitz-Ambrose, the mayor of Galway, until it was seized from him by Col. Peter Stubbers. The buildings current name is based on the suspicions that Stubbers was responsible for the beheading of King Charles 1 of England in 1649.

After touring historical Galway, we hopped back on the bus until we arrived in the small village of Doolin for lunch. 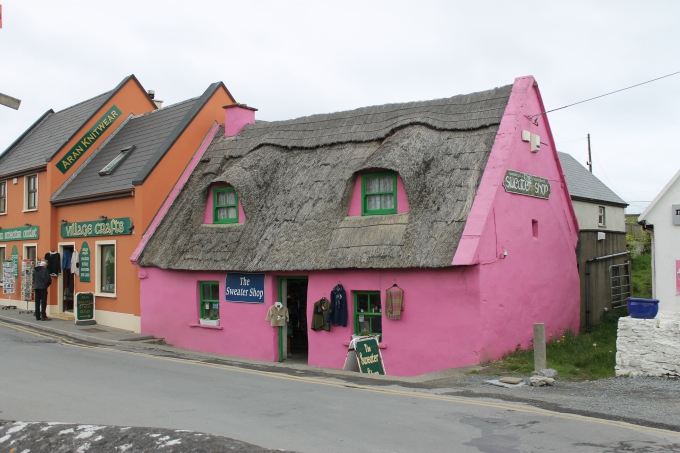 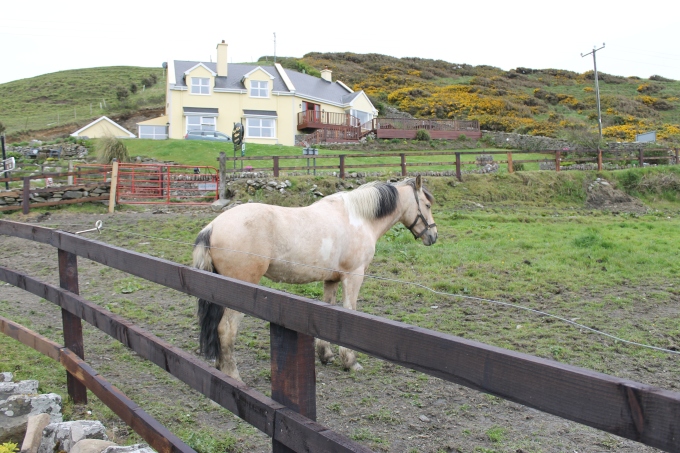 I now understand why Ireland’s color is, so rightfully, green

And we have met our final destination; the Cliffs of Moher!

I swear I am not that huge of a Harry Potter geek, but while in the United Kingdom it seems that shooting locations for the famous films are unavoidable! Harry and Dumbledore visit the Cliffs in the sixth movie, The Half Blood Prince, in search of a hidden horcrux. If you haven’t seen the movie or read the books, then just disregard this nonsense and continue reading 🙂 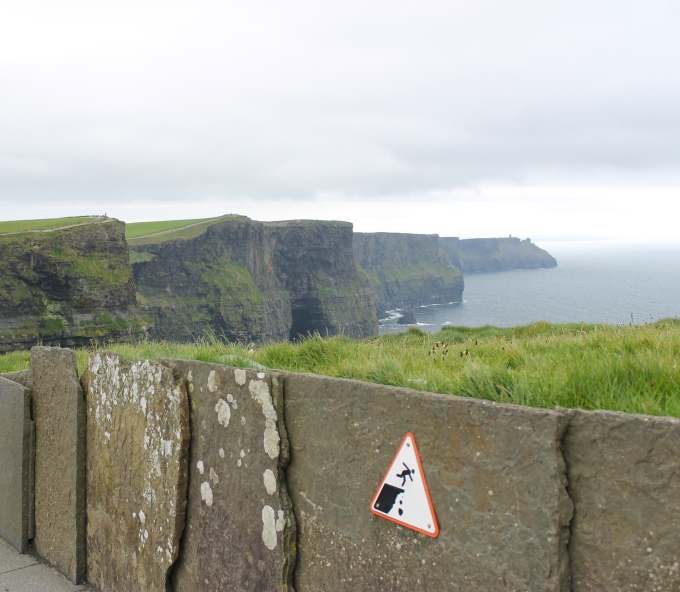 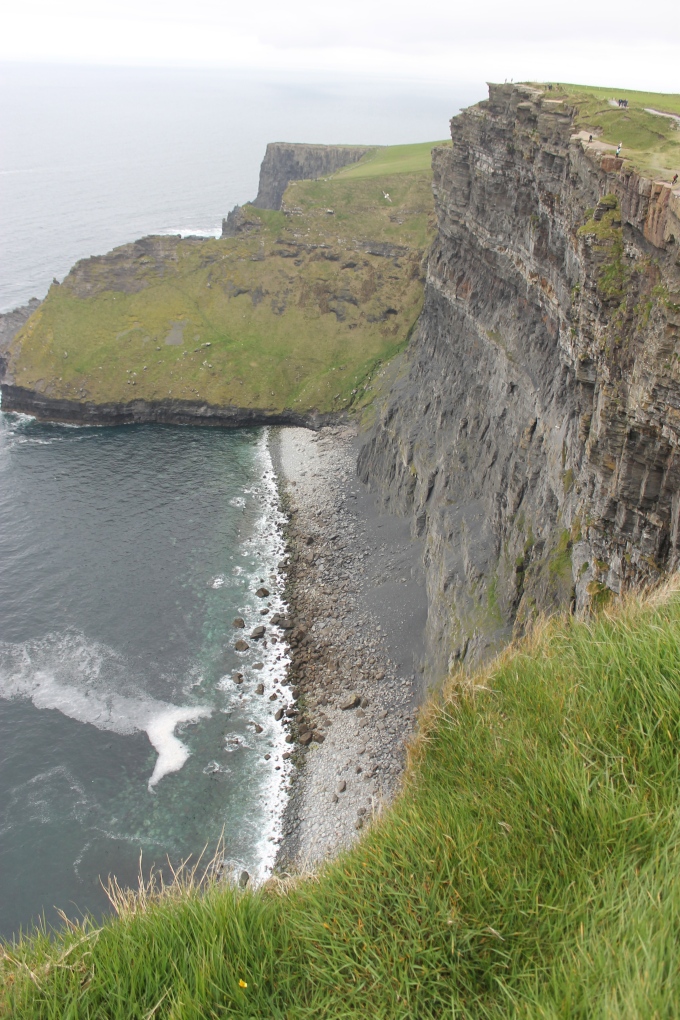 Standing at 390 feet above the Atlantic Ocean, it’s a tad bit nerve wracking walking along the edge 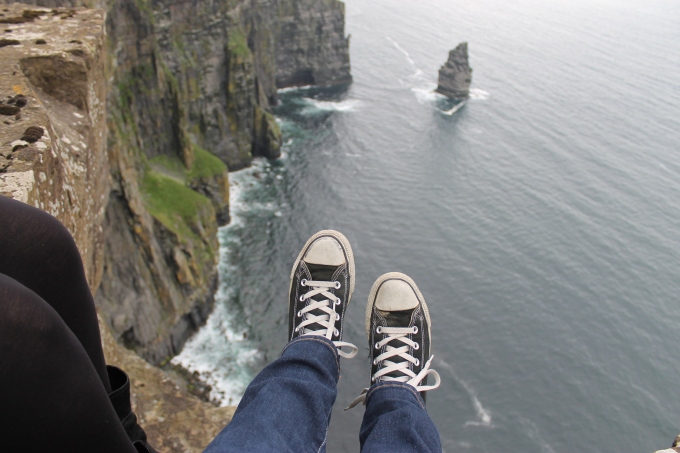 if you ever feel the need to give your mom a heartattack and have her second guess ever letting you travel again, do this 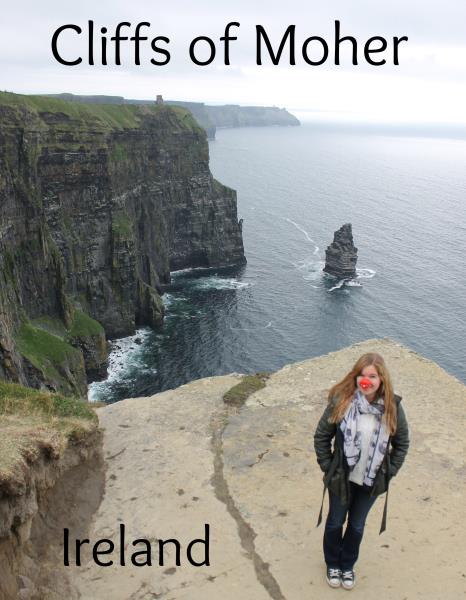 me and my new friend, Morgan!

After a long, sleepy ride back to Dublin, I packed up my belongings and snoozed for a couple hours before yet again taking off for the airport, this time in route to London. After arriving in London I made my routine shuttle and bus trip back to the flat where I packed up all of my belongings and hauled a good 100 pounds of luggage through the Underground system to Victoria Coach Station, and took off to Coventry where I would spend my last nine days abroad with my British family!

PS I am so so sorry this is thousands of lightyears late, but better late than never, hey?